That’s an area nearly twice the size of Rhode Island, in which marine life cannot survive due to a lack of oxygen. 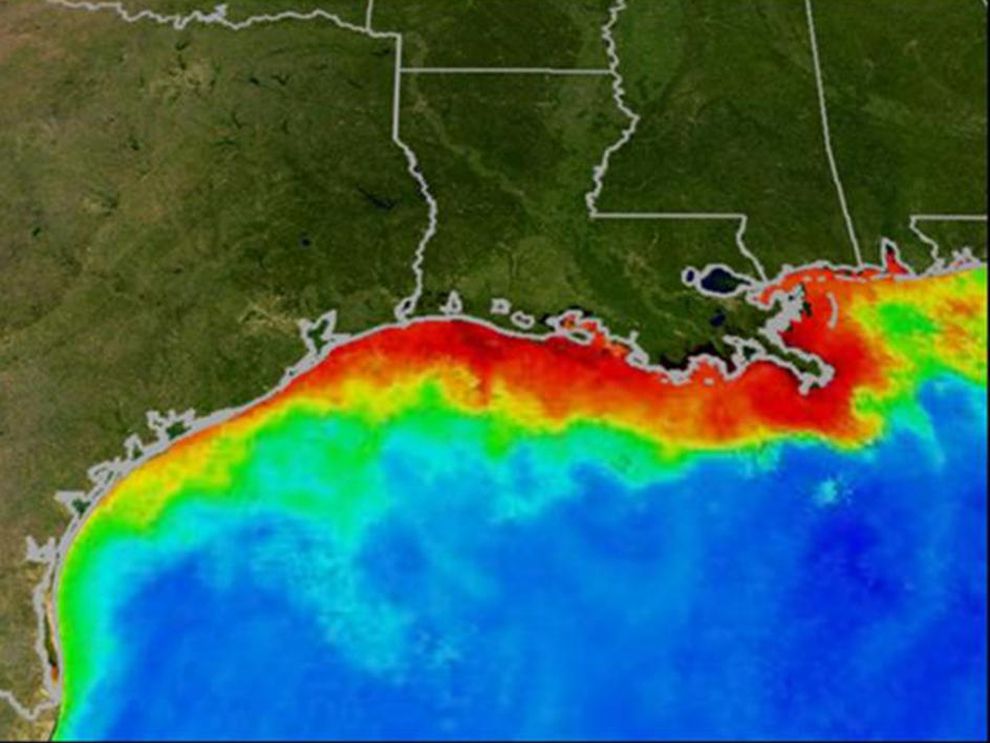 This dead zone and others like it are caused by an explosion of harmful macroalgae (seaweed), in this case, sargassum, which prevent sunlight from reaching photosynthesizers that produce oxygen in the oceans.

According to ecologist Kevin McCann from the Conversation, using satellite photos, scientists have traced this issue back to the Amazon river watershed. Specifically, the overuse of fertilizers, which make their way out into the ocean, and feed the sargassum, resulting in massive population growth.

Something as apparently minor as the overuse of synthetic fertilizers in the Amazon is resulting in mass die-offs of marine life in the Caribbean Sea.

Does this make you feel something? Because it should. We are killing off marine ecosystems, which cannot just be reversed with a snap of our fingers, all because we failed to stop releasing fertilizer into the ocean within the last ten years. This problem hasn’t always been here. It’s here because we failed to take action.

But with something so global, at such a large scale, it may be difficult to grasp the sheer extent of this issue. So let’s bring it home.

According to KUOW, the city of Seattle has a 100-year-old sewage system. Courtesy of The Seattle Times

In Seattle, the rainwater from storm drains gets washed into the sewage treatment facilities, where all water is treated before being released back into water bodies like the Puget Sound. And when the rains come, they wash street litter, like improperly disposed COVID-19 gloves and masks, into the system as well. When the water is treated, these masks and gloves are taken out.

But sometimes, when there is a little too much rain, the century-old overflow system kicks into gear. And in an overflow scenario, once the system hits capacity, the rest of the incoming water and material is directed straight to water bodies without treatment.

Once these masks and these gloves get into the Puget Sound, they can wreak havoc. What started as minor litter in the streets could end up killing whales. Destroying ecosystems.

Whole ecosystems can collapse because of small instances of carelessness that accumulate and destroy on their own.

We are killing our planet because we don’t care enough to make the smallest changes right in our own communities. Does this make you mad? Because it should. And what really gets on my nerves is that people always say we simply have to raise awareness. If everyone can just make a couple small lifestyle changes, boom, all our problems solved… right?

This is not a solution. This misleads us into believing that the only way to make change is to tell people to be better. That hasn’t worked very well for us, has it? No matter how much we try, no matter how many people we reach, there will always be loose ends, because that is the nature of humanity.

This does not work.

But there exists a way to tackle these problems at the source, before they can snowball into something unconquerable. What if, instead of telling farmers to be more careful with their fertilizer, harmful synthetic fertilizers were banned and replaced? What if, instead of telling people to be more careful with their COVID-19 PPE, we fixed Seattle’s century-old sewage system so that the overflow doesn’t spill untreated wastewater into the ocean? When we crowdsource from our communities, the problems to tackle become evident. That’s the first step- setting the agenda.

When it comes to lasting changes, it is the government we have to turn to, enforcing policies that do not just suggest change, but command them. And quite frankly, a lot of governments are putting it on the people right now, and until the electorates, until we, demand change, nothing will change.

The brings us to step 2. Formulation. How do we eliminate these problems right at the source? All it takes is scouring the internet and hitting up your local library. Anyone can find a solution. All it takes is the determination to make a change.

Step 3. Policy adoption- the toughest divide to bridge. Make a petition. Talk to your city council. All these steps are steps that anyone can take. So why don’t we?

I know, I know. City councils can sound a bit intimidating. And sure enough, emailing your local councilmembers doesn’t usually get a response. However, what you can do is get involved with a local environmental group, as are common in many areas. These groups are generally well connected at the city level, and have enough influence to get you in touch with someone who can help. Once you have your foot in the door, it doesn’t take much to make a stand.

Another tip would be speaking at one of your city’s public comment periods. Many public city council meetings, which your city undoubtedly has (check out their website’s calendar to locate them) have a set chunk of time for public comment, where anyone can take 3 to 5 minutes to speak their mind and get their voice heard by the city council directly. Many cities have adapted to provide a viable, remote alternative even during the pandemic. If you come prepared, and come to multiple of these in a row, you can make a real impact, as city administrations tend to listen to the loudest voices. Be the loudest voice.

Step 4. Once you get the people in power on board, it must be carried out. And once it is, you must take the last step and evaluate impact. And if the policy, if your solution, does not work, we do not stop. We keep pressing forward until something is done.

This can be something as simple as having your local city council form an environmental advisory board, through a petition, community pressure, or just talking to city council members once your foot is in the door. It can be in the form of a plastic bag ban, or deforestation regulations- these are lofty goals, but refer your city representatives to nearby cities that may have already carried out similar measures, to show the feasibility and impact of such actions.

No matter what, the solution is getting those in power to care.

And together, we can stamp out these snowballing disasters at the source.

So what will it take, to make a difference?

The Dire Need for a Sustainability Action Plan in Sammamish

In October of 2020, the city of Sammamish, Washington, was named ‘The Best Small City to Live in’ in the United States. The City of Sammamish has also, reportedly, taken zero sustainability actions in the Read more…